Thanos Stavridis is one of the most recognized musicians in the field of accordion, with collaborations both in performances and in the discography, with some of the greatest and most famous singers but also composers and musicians, both in Greece and in the Balkans.
Indicatively mentioned are: Evanthia Reboutsika, Alkistis Protopsalti, Socratis Malamas, Thanasis Papakonstantinou, Elli Paspala, Panagiotis Kalanzopoulos, Matoula Zamani, Makis Seviloglou, Estudiantina, Gerasimos Andreatos, Petar Ralchev (BG), Theodosii Spassov (BG), Vlatko Stefanovski (NMK), Saso Popovski (NMK), Vasko Atanasovski (SLO), Costas Theodorou, Floros Floridis and many others.
He is also one of the pioneers of the Balkan scene in the country, having been a founding member of historical groups, such as the “Northern Partners”, the “Cabaret Balkan” and now the “Drom” and “Tales from the Box”.

He has participated in over 100 recordings of records both as a soloist and as an orchestrator. The two personal albums of “a Suitcase full of Dreams” (2016) and “Spicy Margarita” (2021) have received distinctions and very good reviews both at home and abroad, having airplay in stations in Australia, Argentina, but also throughout Europe. “A Suitcase full of dreams” has been voted one of the 10 best world music records in Barcelona’s rutes del so station, and was nominated in the “world music” category by the German Critics Association. Respectively, “Spicy Margarita” has been voted in the 20 best albums by the World Music Charts Europe for March 2021, having come out at No. 129 for the whole year among about 900 records from all over the world.
His research – musicological activity is on the folk music of the Balkans. Since 2000, he has made presentations at seminars and workshops both in Greece and abroad, while he has written relevant articles participating in various publications, most recently his participation in the volume “Issues of Instruction of Musical Instruments: Bridging Theory and Practice” ( ed. DISIGMA). For the last 13 years he has been teaching at the Department of Music Studies of the University of Ioannina (former Department of Folk and Traditional Music of the TEI of Arta). 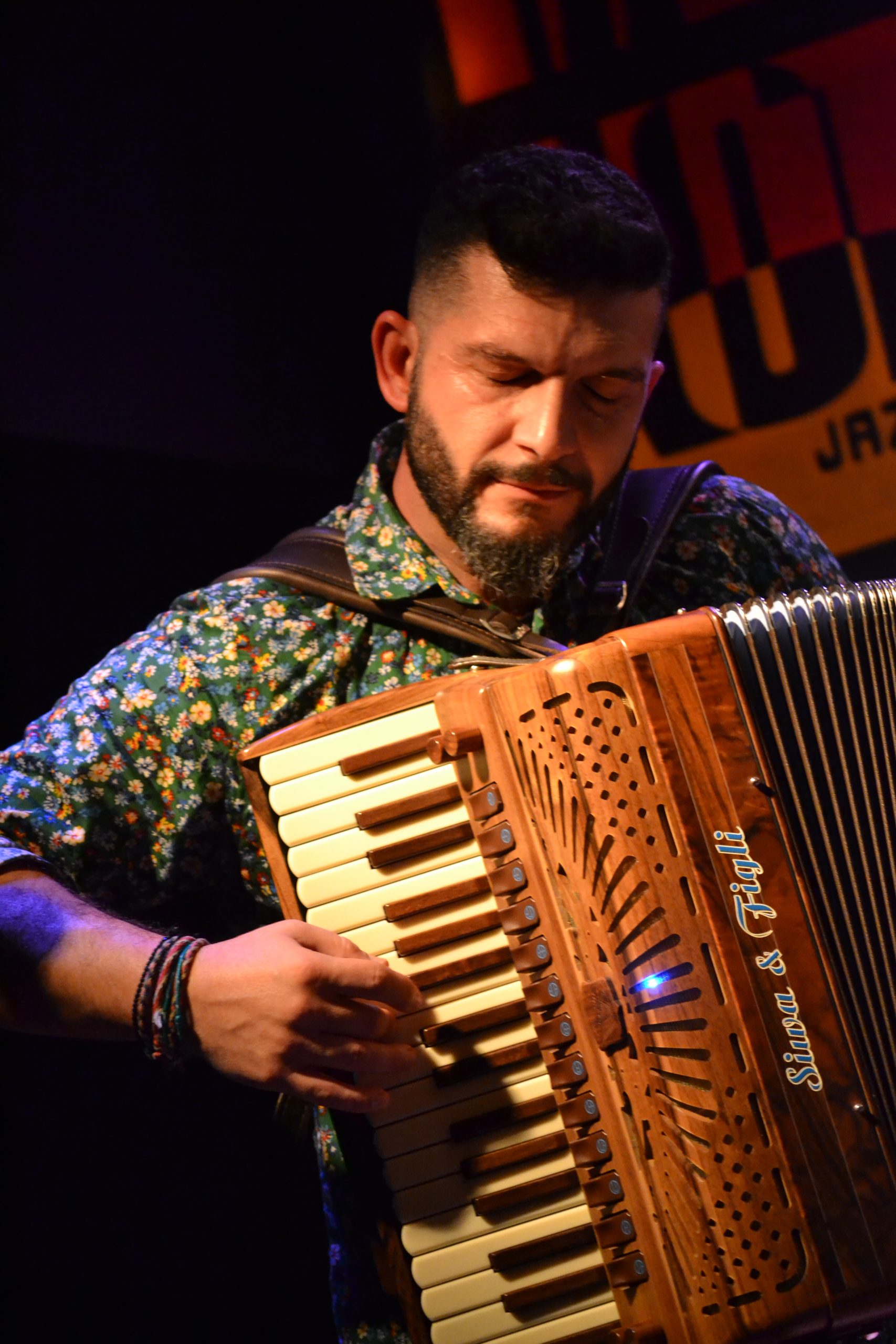